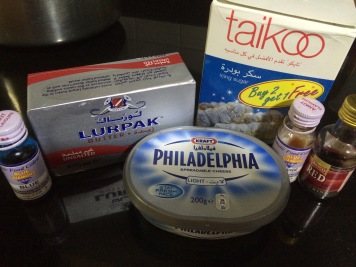 A red velvet beet root cake with a chocolate fudge and cinnamon chips toped with a lemon cream cheese frosting and jello shots.
We had such an intense bake at Miele Gallery and 90 minutes was all we had for our creativity.

Our creations had to be transported to Hershey’s Store Dubai Mall for the final judging.

And the winners were declared with the judges, Jasmine Bandali, the editor of Gourmet Magazine and Hannah Joji

Chef Spencer Lee Black adapted my recipe to make his creation for the magazine.

Felt powered and geared for the finals.